When Your Dog is Dumber Than a Bag of Hammers 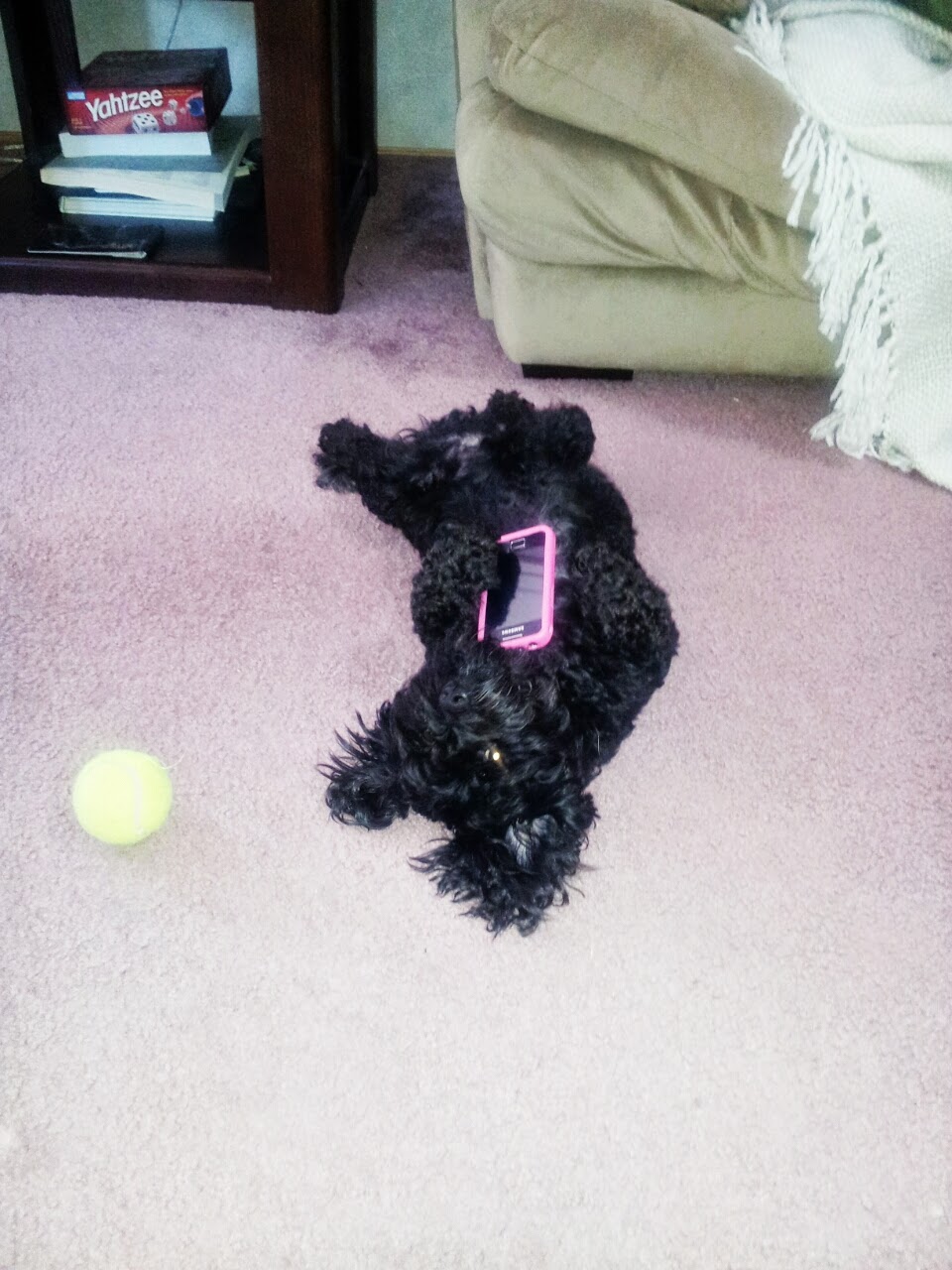 Okay, so Spencer is basically a pretty smart little dog. He can send a text just as well as the next guy and he knows how to give you the 'ain't I the cutest thing' look to get pretty much anything he wants. 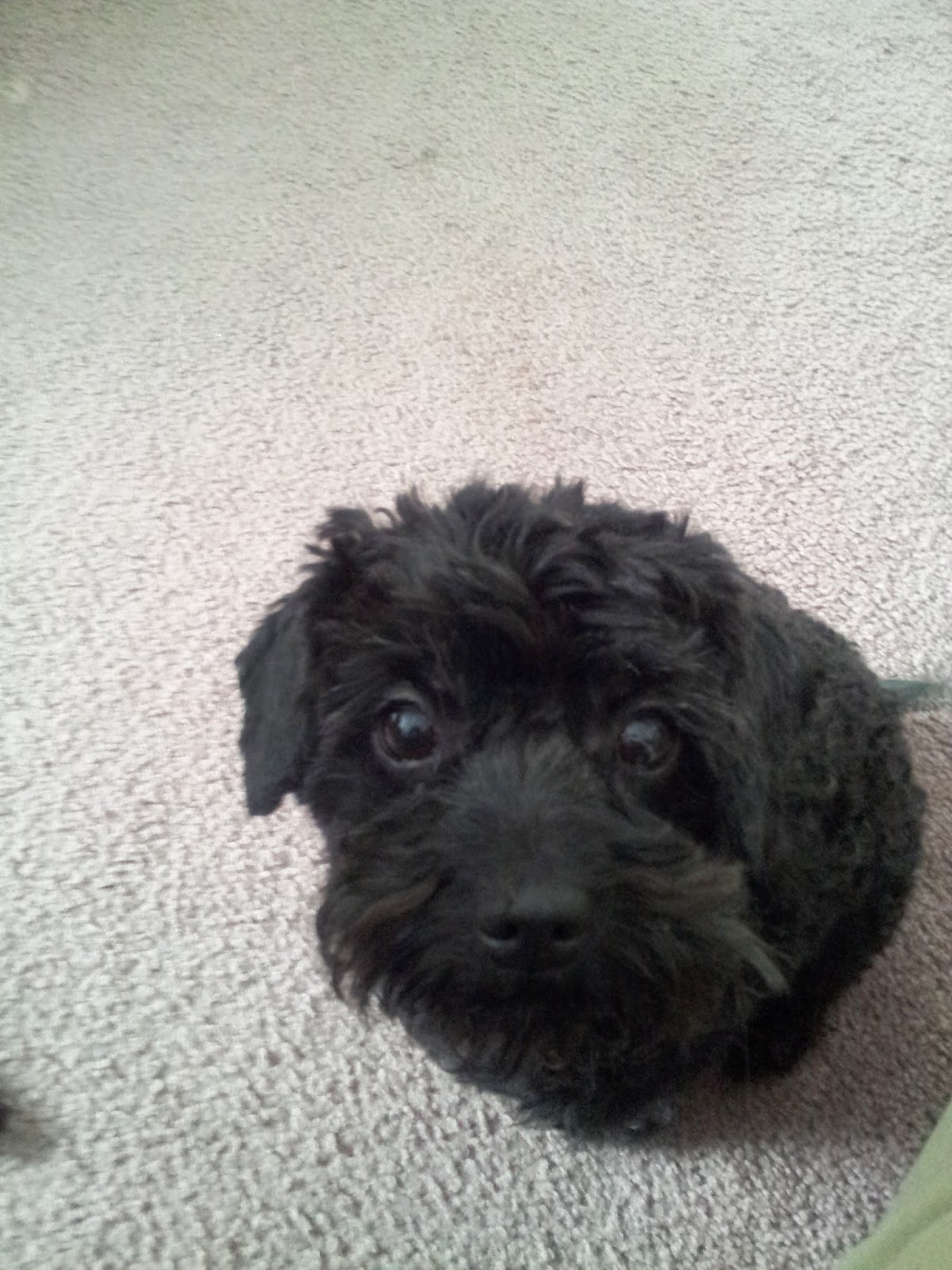 But he's a chewer. Generally he saves his chewing for the appropriate chew toy but he branched out when no one was looking and went on to bigger and better choices. I USED to have a pair of slippers something like this. Got them for Christmas last year. 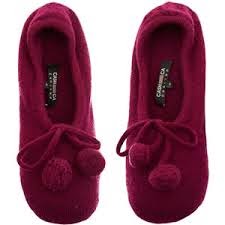 Note the pom poms. A couple of months ago my daughter said, "Hey mom, what happened to your slippers?" I looked down and a pom pom was missing off of one of them. I was pretty sure I knew who the culprit was. Spencer's the only dog in the house and neither my husband nor I had taken to secretly eating pom poms. We waited to see what would happen. Spencer didn't get sick and didn't seem to rid himself of the pom pom in the normal way so I forgot about it, after taking the precaution of removing the rest of the pom poms.

About a month ago Spencer started throwing up. He was miserable. Took him to the veterinarian. She x-rayed him and found the pom pom stuck in his intestinal tract. Three days and $2,000.00 later he came home minus the pom pom (which the vet put in a baggie to show us - ick) plus a long batch of staples on his stomach. We took to calling him 'zipper belly'.

He was healing up nicely and all seemed well but about two weeks after that we noticed that his Kong Wubba, exactly like these, was missing a leg. Now these toys are extremely durable. I can barely cut off the legs with heavy-duty scissors when they get a bit tattered. 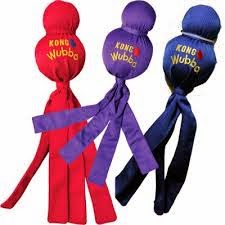 Again we waited. We couldn't believe Spencer had managed to get off one of the legs and if he had, how on earth had he swallowed it? But once again he became lethargic and stopped eating and drinking. Back to the vet we went and he had another x-ray. Sure enough the thing was in there. It made it through the stomach and past the first turn on its way out then got wedged and wouldn't budge. So another three days at the vet and another $2,000.00.

My husband said, that's it. If he does anything like this again, it'll be the last thing he does. But hubby is as big a push-over as I am so I'm not too worried.

Spencer's back to normal now, with more scar tissue on his belly than a major organ transplant patient. And because I doubt he's made the connection between swallowing things he shouldn't and suffering through the ordeal of an operation, he has no toys at all except for a hard rubber ball that can't be swallowed and can't be punctured. His scar is all covered over with hair so no one but us and his groomer know his shame. And he's a still a pretty handsome fellow after all his problems even if he's somewhat lacking in the brains department.