Writing and Scribes in Ancient Babylon 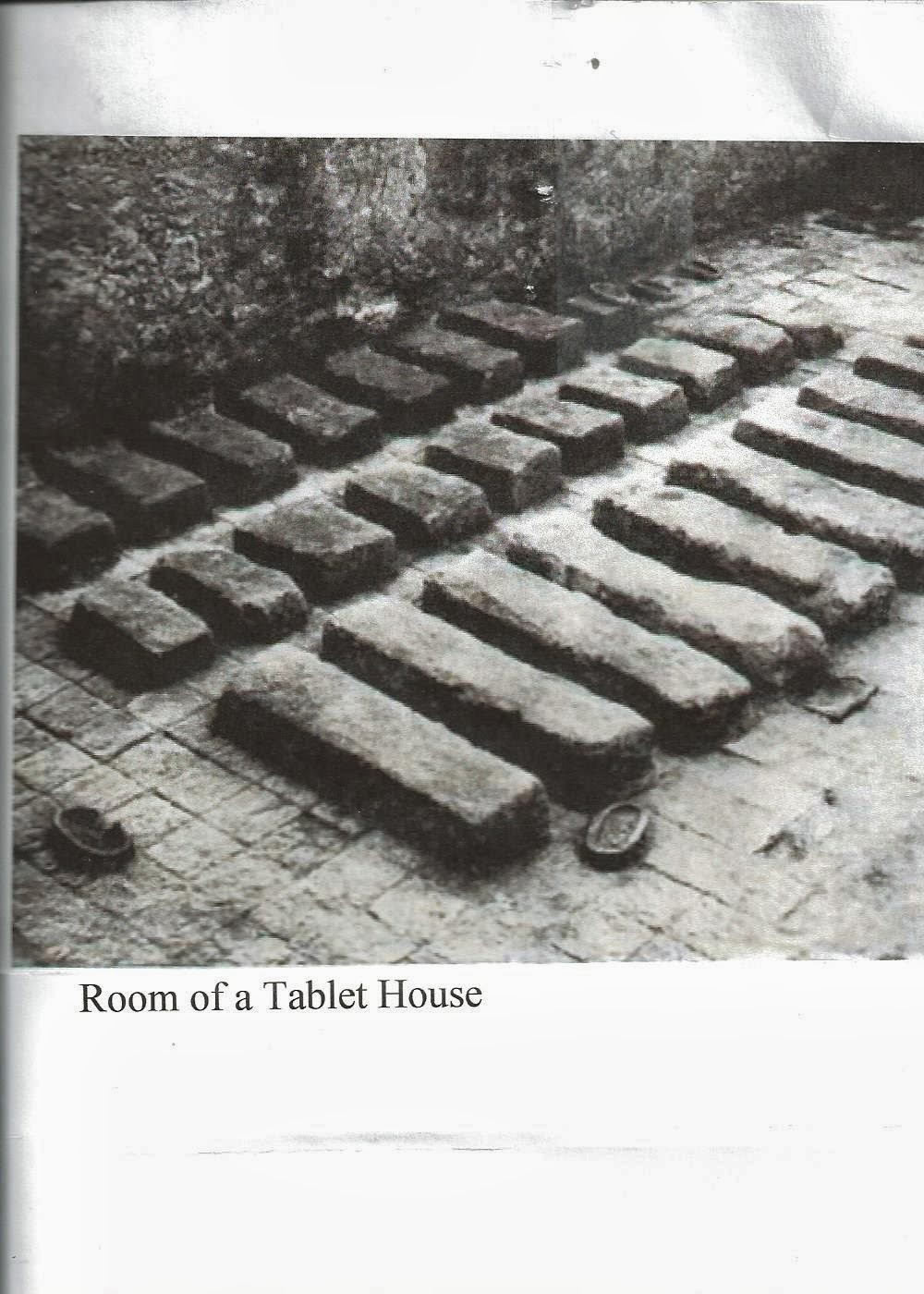 As far as is presently known, writing began in Sumer, in ancient Mesopotamia, around 3000BC. Evolving from pictography, cuneiform (wedge-shaped) made use of the fluted end of a reed to form characters with sharp jabs and tails that looked a lot like nails. The stylus was pressed into the soft clay of cushion shaped tablets and then left out to dry. Documents requiring permanency were baked in an oven. 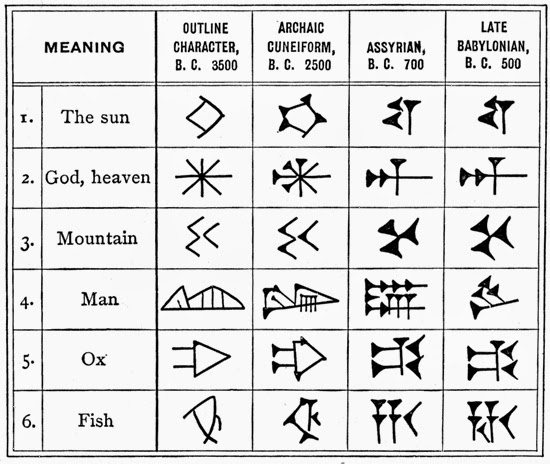 The most important man in ancient Mesopotamia was the scribe.

Education was generally a privilege restricted to the sons of the wealthy, who could afford to maintain an unproductive child for a long period. Pictured at the top is the school for scribes known as the tablet house. Young boys began their training as early as 5 to 7 years of age. I can't imagine sitting on those hard seats all day every day. The little dishes you see on the floor were for mixing clay with water to make new tablets.

In a discovered tablet from Ur a young pupil complained of having only six days of freedom in a month. Their long days were spent copying out and memorizing lists of names, technical terms, and legal phrases plus grammar and mathematics. Corporal punishment was meted out liberally and, needless to say, rebellion among the students was frequent. A scribe's education lasted well into young adulthood. Some poor boys did not have a real head for it as evidenced in this excerpt from a 'school days' text.

"What have you done, what good came of your sitting here? You are already a ripe man and close to being aged! Like an old ass you are not teachable any more. Like withered grain you have passed the season. How long will you play around? But, it is still not too late! If you study night and day and work all the time modestly and without arrogance, if you listen to your colleagues and teachers, you still can become a scribe!"
(from City Invincible by C.H. Kraeling and R.M. Adams, Chicago) 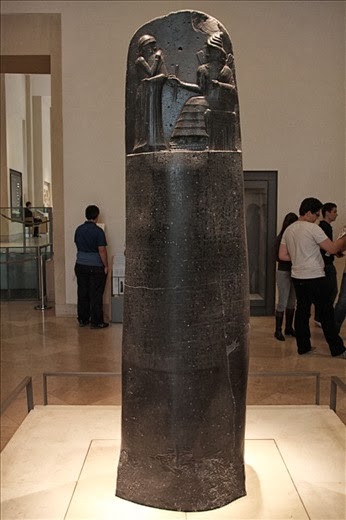 Probably the most famous of all cuneiform texts is the Code of Hammurabi. Inscribed on diorite rock, the stele is in the shape of a huge index finger. The original is currently on display in The Louvre. This Babylonian law code dates back to about 1722BC and is the longest surviving cuneiform text from the Old Babylonian period. The so-called 'fingernail' at the top of the stele shows King Hammurabi standing before Shamash, god of law and justice. 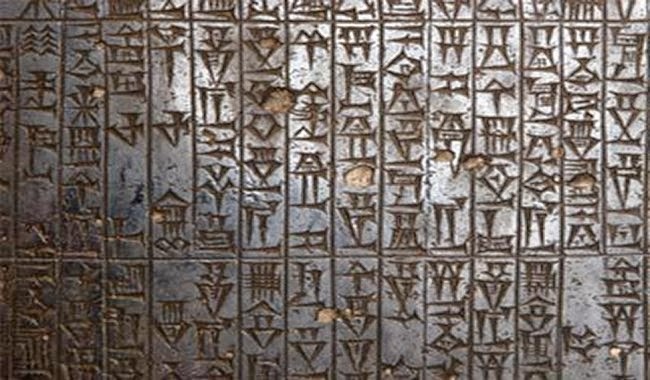 Here is a close-up of the stele. Thanks to the hard rock on which the code was carved it has survived extremely well don't you think?

In the preface to his law code, King Hammurabi says,
"Anu and Bel called by name me, Hammurabi, exalted prince, who feared God, to bring about the rule of righteousness in the land, to destroy the wicked and evil-doers so that the strong should not harm the weak; so that I should rule all of the black-headed people like Shamash and enlighten the land, to further the well-being of mankind."

Four of the laws found on the stele are:

"If any one break a hole into a house (break in to steal) he shall be put to death before that hole and be buried."
"If a 'sister of a god' open a tavern, or enter a tavern to drink, then shall this woman be burned to death."
"If a man's wife be surprised (in flagrento dilecto) with another man, both shall be tied and thrown into the water, but the husband may pardon his wife and the king his slaves."
"If a son strike his father, his hands shall be hewn off."

Pretty serious stuff as is Hammurabi's final demand at the conclusion of the 282 laws that all future kings pay attention. An enormous litany of curses are rained upon any king who doesn't observe his laws exactly or puts his own image on the monument or defaces it in any way. Hammurabi's last words on the stele are,
"May Bel curse him with the potent curses of his mouth that cannot be altered, and may they come upon him forthwith."

Guess it's no wonder the monument has survived. Yikes.