Tower of Babel in Babylon : What Did it Really Look Like? 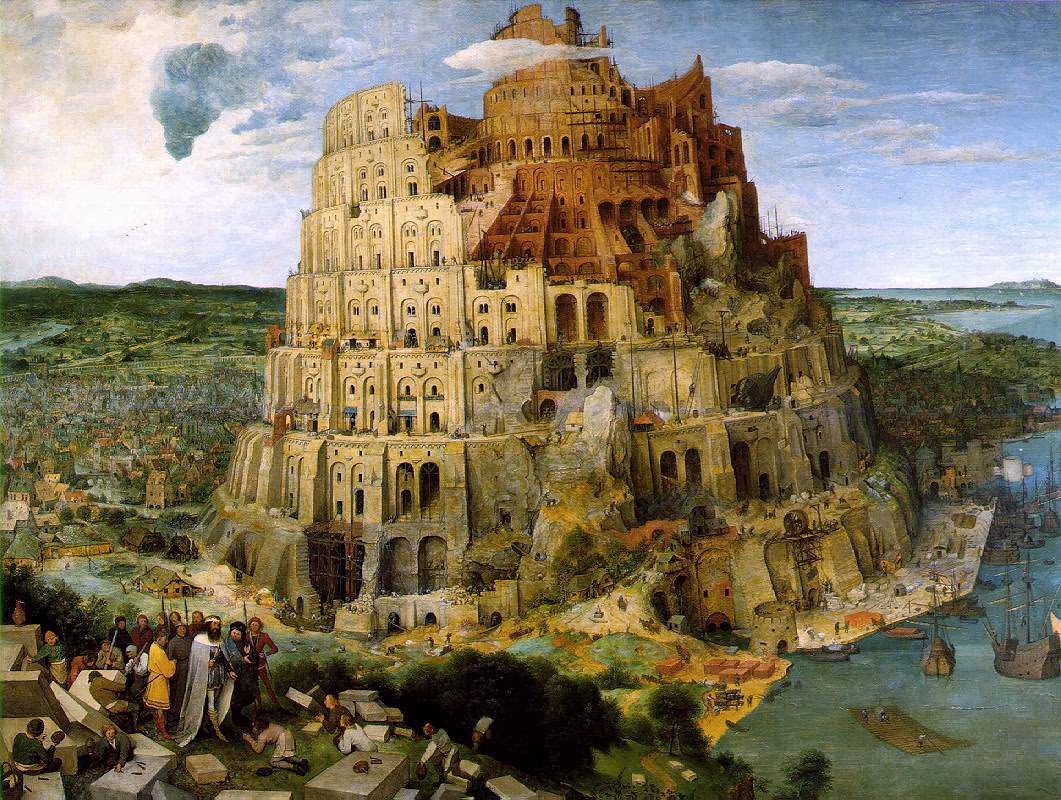 The precise age of the original Tower of Babel is unknown. When Gertrude Bell visited the archaeological site of Babylon in 1914 she wrote in her diary, "So across the Sahn to the Tower of Babel. We sat on the edge of the pit, looked at it - Etemenanki. The outer brick is all gone - some robbed by Alexander who piled up Hommera with it. They have found half a cylinder here and the other half in Hommera. The sundried brick core is there in part. Within it a core not yet of bricks. I call that old said K (Koldewey, archaeologist responsible for many of the discoveries in Babylon) How old? said I. 10,000, 20,000 years how can I tell. It is one of the oldest temples in Babylonia."

Depictions for The Tower of Babel are similar to the one painted above by Pieter Brueghel the Elder in 1563 - a cone-shaped structure with each tier of reducing size as you ascend. But did it really look like that fanciful creation ? As my novel-in-progress is set in ancient Babylon I looked at what evidence I could find and this is what I learned.

Founder of the neo-Babylonian dynasty, Nabopolassar (625-605 BC) restored the Babylonian tower during his reign. "The lord Marduk commanded me concerning Etemenanki, the staged tower of Babylon, which before my time had become dilapidated and ruinous, that I should make its foundations secure in the bosom of the nether world, and make its summit like the heavens."

A tablet giving the dimensions of Etemenanki, the ziggurat, dates from 'the twenty-sixth day of the ninth month of Seleucus king' , being December 12, 229 BC. After careful study by expert Assyriologists, the cryptic language was interpreted and the first storey calculated to be 295 feet long by 295 feet wide by108 feet high; a perfect square with each of the stages continuing on up in perfect squares of diminishing size. 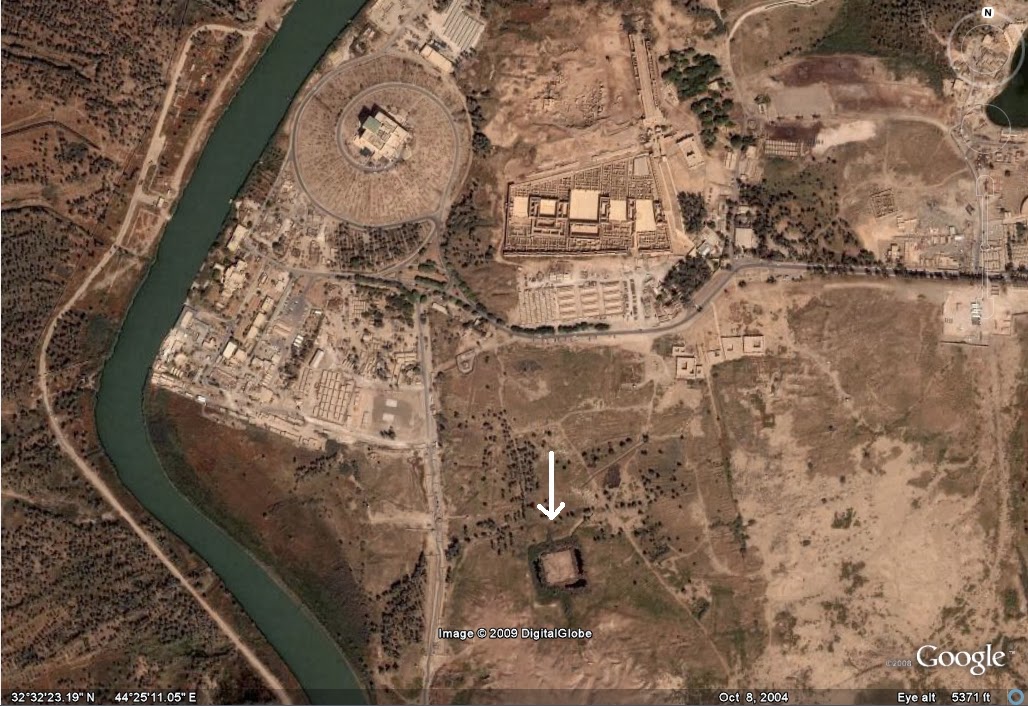 I couldn't think how to envision the actual scale of the thing so I tried to consider it in terms of an average house. The base of the tower was 87,025 square feet so using a 1,500 square foot house as a template you could fit 58 houses in the area taken up by the first stage of the structure. The second level would contain 43 houses, the third 26 houses, the fourth 19 houses, the fifth 12 houses, the sixth 8 houses, the seventh around 4 houses.

The first stage rose to a height of approximately 5 houses and all seven stages added up to a height of 295 feet, just 5 feet shy of the height of the city walls. However, that was still roughly the height of a 15 storey building. But there was an eighth level without any recorded measurements that would have been the crowning glory of the edifice, a great temple richly appointed in gold. 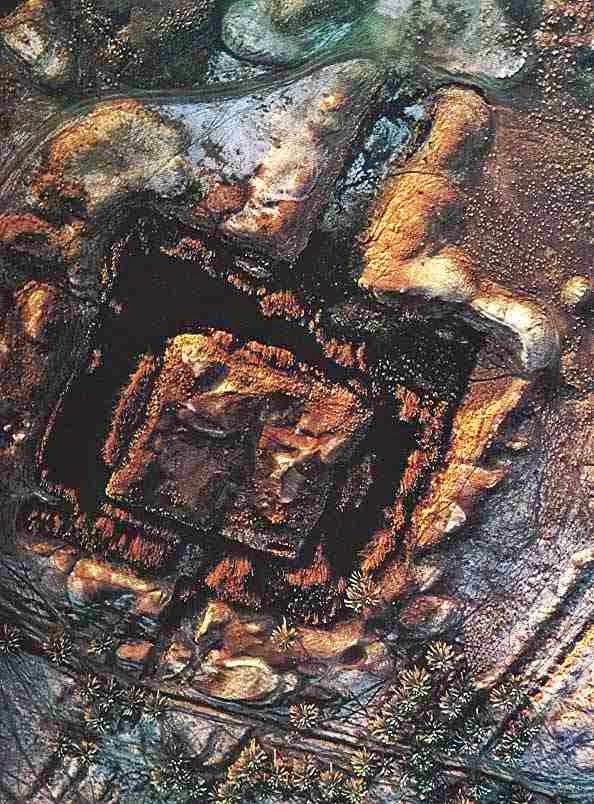 (closer view of ruins. projecting arm likely the indentation left by a walled road leading up to the structure, probably a ramp-like stairway given the top of the first tier was at a height of about 5 houses! And no elevators.)

But was their interpretation of the measurements correct? Herodotus viewed the ziggurat tower in about 450 BC and he said it was "a solid tower measuring a furlong both in length and breadth, and on this tower another tower has been erected, and another again upon this, and so on up to the number of eight towers. An ascent to these has been built running outside round about all the towers: and when one reaches about the middle of the ascent one finds a stopping-place and seats to rest upon, on which those who ascend sit down and rest:" 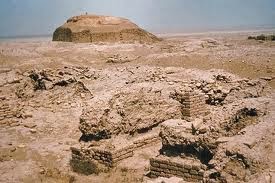 Now a furlong is 660 feet, not 295 feet, or about an eighth of a mile so Herodotus thought it was much larger. Still square though. Who is correct? We may never know. All in all the thing was massive and easily visible over the city walls by any traveler approaching Babylon. Pretty cool.

Above is the ruin of The Tower of Babel as seen from ground level. Not very impressive. The rubble at the bottom right could be the remains of a walled walkway leading into the tower's precinct or, if Herodotus is to be believed, possibly into an enormous temple that enclosed the tower, but don't quote me on that. 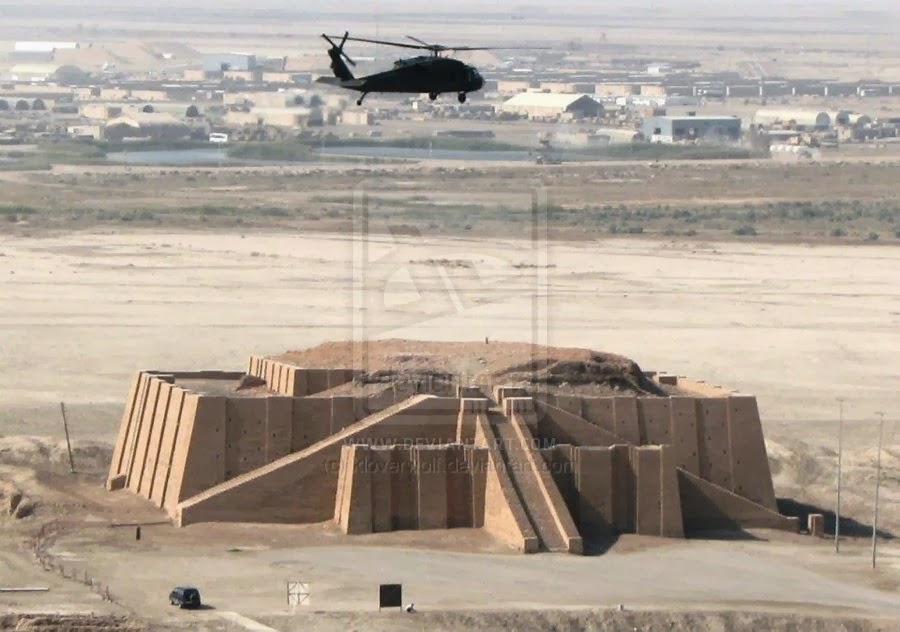 The ziggurat at Ur is probably closer to the design of The Tower of Babel, Etemenanki. While only the foundation survived, Saddam Hussein partially reconstructed its façade and staircase. Hussein's intention was to rebuild it with three terrace levels but it was never completed. You can see the original ruin projecting out of the rebuilt portion at the top. The Ur ziggurat's foundation was only 31,500 square feet - enormous but less than half the footprint of the Babylon tower. It is speculated that it would have been around 100 feet high so again, not nearly as lofty.
Posted by Linnea at 3:47 PM