Getting the Green Thumbs Ready!

I love growing vegetables. Just ordered my seeds for this year and I'm pumped! Can't wait to get them started.  I live in a zone 3 short growing season area so have to start a lot of plants indoors and then transplant good-sized seedlings outside after the last frost date. Depending on the plant, I'll sprout my seeds anytime after the beginning of March. I like to sprout them first 'cause I don't like wasting space in seedling trays with seeds that might be duds. I just put the seeds between damp paper towels, seal them in a Ziploc bag and leave them on top of the fridge until they sprout. 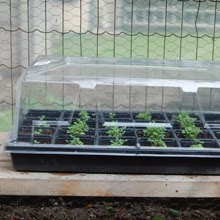 I like these dome covers because they have vents on either end to allow for moisture control. I'm also going to use them out in the garden over any tender young plants that might get too chilly early in the season.

Last year my husband made me a log raised bed. Mine's buried under several feet of snow but it looks pretty much like this one at www.organicgardening.com , just longer and wider. We have a lot of trees on our property and some of them had to be taken down so this was the perfect solution for a couple of the larger ones. Last year I experimented with using ramial wood chips as soil in the raised bed but I was too impatient and didn't let them rot long enough so my poor little plants didn't grow much. The chips use up a lot of nitrogen while they're rotting. Toward the end of the season my vegies perked up and I could tell by their rapid growth (before frost took them) that this method was going to work really well. I have access to plenty of wood chips and will help speed up the rotting process by layering the chips with fresh cut grass so they've got lots of nitrogen to use.

Hubby's building me a greenhouse too. He built me a beauty at our last place (where our house burned down) This is the only picture I have of it now. All the interior pictures were on the old computer that burned down with the house. 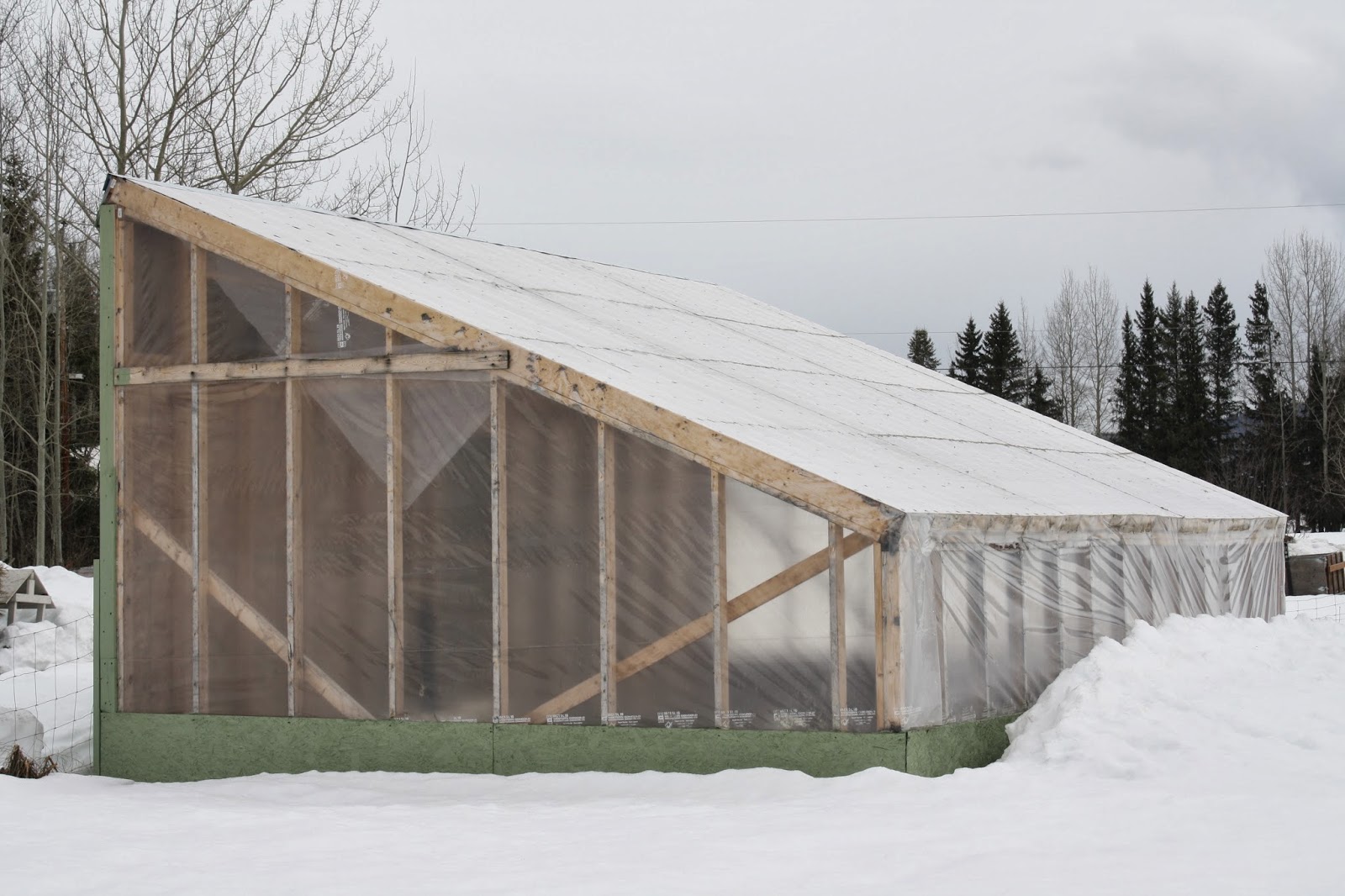 It was a great greenhouse. This was taken before the extra bits of plastic were cut out so there's a piece hanging inside. The roof was made of twin-walled polycarbonate panels.The back north wall was solid wood and I grew my grapes on that wall and up over a trellis I made for them so they didn't shade any of the other plants growing in front. The back wall also had automatic vents on either side that opened when the air got too hot inside. It slanted toward the south which was all open pastureland so it got tons of sunlight.

We've got a less than ideal growing area at our new place. Last year I watched the sun travel across the sky all season so I could figure out where best to put the new greenhouse. Best place is in the dog yard so he'll have to share.

One of the fun new vegies I'm going to try this year are lemon cucumbers. They look interesting, don't you think?