Rewards of a Dog Rescue 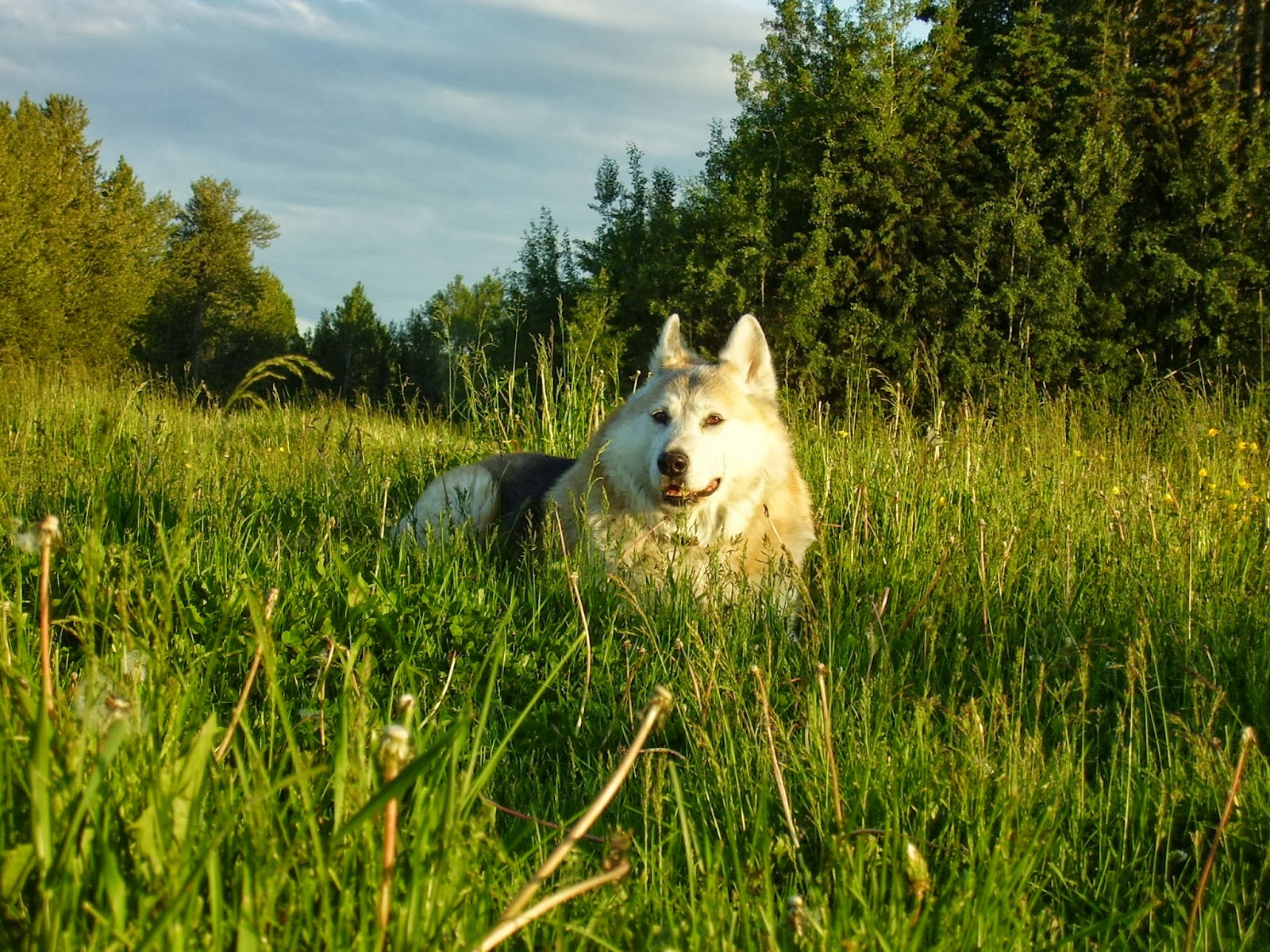 This is Rusty.  The story of his early life is a sad one. He was horribly abused by his previous owner and we bought him from the guy for the price of a case of beer. When we took him to be vet checked we prepared ourselves for the possibility that he was too injured to save and would have to be put down. But that was better than the life he'd had. At least he would be petted and loved on the way to the clinic.

The vet looked him over, told us he'd lost hearing in one ear and one of his legs had been broken when he was a puppy but he seemed to have no permanent internal injuries and saw no reason why we couldn't take him home. It was the week before Christmas when we got him. He wouldn't go through the doorway into the house until we were well inside as he'd been kicked every time he came in. We stood back from the door and coaxed him inside. He immediately rushed past us and went to hide under the Christmas tree. But he was too big and clumsy and he pulled it over on himself and lay trembling beneath it, anticipating a beating. We carefully lifted off the tree, assured him he was not in any kind of trouble and so the healing began with this emotionally traumatized dog.

Dogs always choose their favorite person and our son, Ryan, became Rusty's favorite. He went everywhere with him. He'd hop in the truck when Ryan went out to feed his horse, accompany him on hikes in the bush and became an enormous lap dog when Ryan lounged on the couch. It wasn't unusual to find Ryan stretched out full length with Rusty lying on top of him upside down enjoying a good scratch.

He was one of the friendliest dogs you could ever hope to know and a bit sly but oh, poor guy, he was dumber than a bag of hammers. We'd fenced off the area that housed our two small greenhouses and vegetable garden so the dogs couldn't get inside. We decided to sell one of the greenhouses and in order to get it out needed to remove the fence first. While we worked on the fence our dogs played happily in the forbidden garden. Once we got the fence down and the page wire rolled up we took a break for lunch and went back into the house. Our smaller dog came inside with us and after a few minutes we heard Rusty barking outside. We went to the window to find out what was wrong and there he was sitting in front of the closed gate, the only thing left standing, waiting for us to open it for him. He didn't seem to realize the fence was gone and he could get out any time he pleased.

And then there were the porcupines. Out for a hike with Ryan, he found a dead porcupine and rolled in it. A sorrier sight you never saw. He was full of quills. It took an hour to get them pulled out of his muzzle and belly. While one person held him still and stroked his fur to distract him, the other used a pair of tweezers to remove the quills. He was a good patient and barely whimpered. But the next time he was out in the bush he did it again and once again it was up on the table and out with the tweezers.

In his sixteenth year he began to go downhill. We could tell his arthritis was giving him pain and he couldn't use the dog door any longer. We'd talked about not letting him suffer to the end and so located a vet who did in-home euthanizing as he always grew terribly upset when we took him to the vet clinic. That's where he lost his manhood so who can blame him. The date was set, the vet came to the house and the family assembled to say their goodbyes. The last thing he remembered was being petted and fawned over as he lay on the living room carpet. He barely noticed the vet slipping in the needle - and then he was gone.
Posted by Linnea at 5:04 PM