Hanging Gardens of Babylon: Did They Exist? 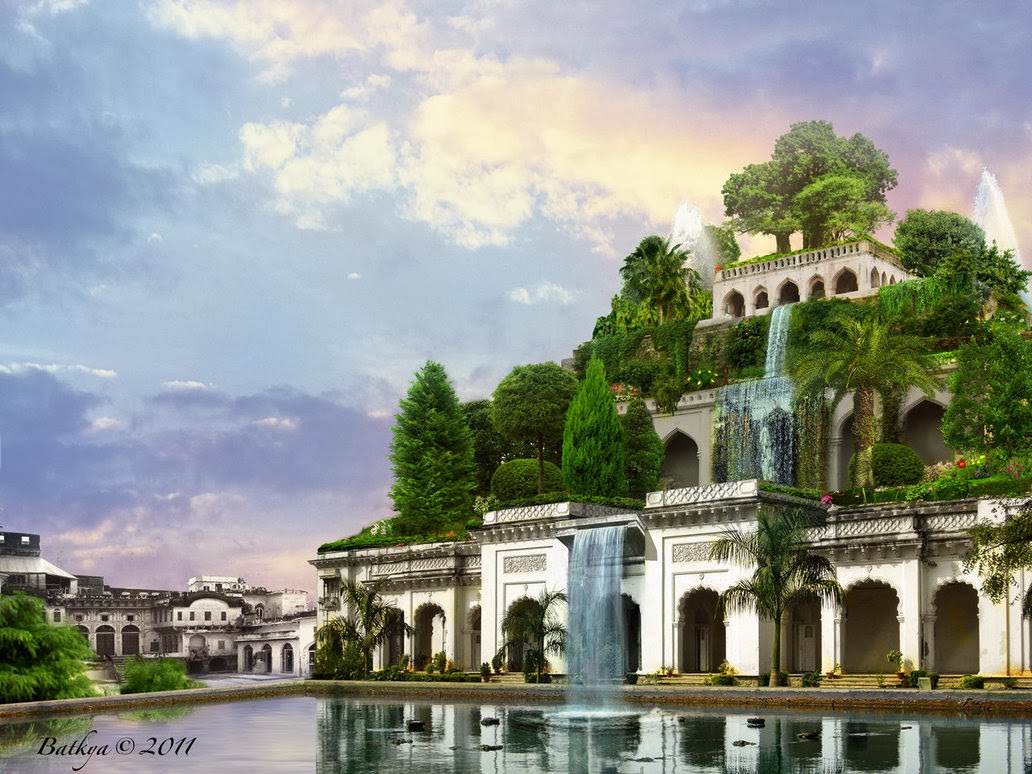 Elevated gardens probably did, but likely not in Babylon. Too bad because I wanted to include the gardens in the novel I'm currently writing set in ancient Babylon. Sadly research not only confirms the things we've always 'known', it also destroys some of our romantic notions.

Early in my research I came across the diary of Gertrude Bell, a British writer and adventurer who accompanied Robert Johann Koldewey, the German architect and archaeologist who became famous for excavating much of Babylon.

On March 31, 1914 Gertrude wrote, "So we went to Esagila (temple of Marduk, patron god of Babylon). The outer lines of the temple have been found by subterranean diggings. They have left the inner cella which K (Koldewey) wants to dig out completely. So down to the Parthian houses which he would very much like to dig. The very long colonnade is possibly an agora. The Hanging Gardens were built by Nebuch. for a Susan. wife to remind her of her mountains! But the gardens were not planted high up. They were low down beneath the vaulted substructures. It is still possible that they may be found in the Babil mound." 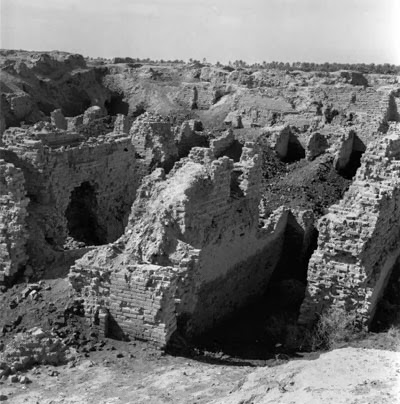 Although a vaulted structure was found at the northeast corner of Babylon's massive southern palace, its fourteen large rooms and thick walls probably housed a royal storehouse. A Babylonian ration list was found within the structure, confirming its logical use. Instead of being the underpinnings for the magnificent Hanging Gardens it was likely merely a giant storage facility.

The Greek historian, Herodotus, supposedly visited Babylon around 450BC but in describing all the amazing buildings and sites of the city he did not mention the Hanging Gardens, which according to legend would have been magnificent and higher than the city's soaring walls.

So, how did the story start? Where did it come from? Stephanie Dalley in The Mystery of the Hanging Gardens of Babylon: An Elusive World Wonder Traced, posited an interesting theory. That Josephus, the first century historian, may have been misled by a novelist! How cool. A writer living in south-west Turkey in the first century wrote a novel containing the theme of a woman abroad, crossing the Euphrates from the west and homesick for her native land.

The theme of homesickness is unknown and unlikely in Babylonian and Assyrian literature and Babylonian gardens were described as being set in flat areas. However, the description does match a type of elevated garden made in Nineveh at the palace of Khorsabad by Sargon II, father of Sennacherib. He said,  "a high garden imitating the Amanus mountains in which are planted all the aromatic trees of northern Syria, all the mountain's fruits, I created alongside (Khorsabad)"

A stone panel carved in bas-relief and found in the palace of Sargon at Khorsabad, shows such a garden, possibly even the very garden he described. Here it is below. The carving is difficult to make out so I've also included a drawing I found that makes it easier to see and enjoy. 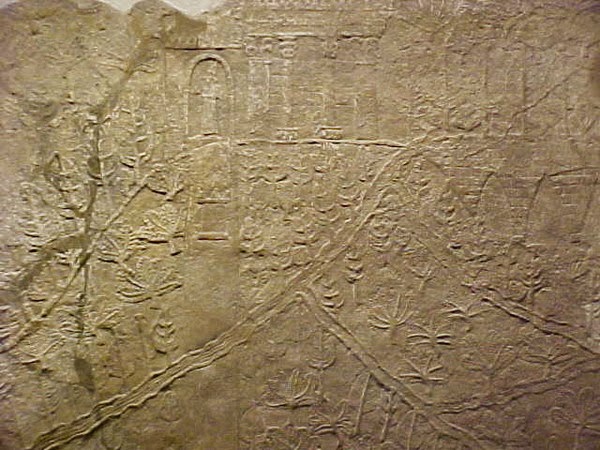 But what did Nebuchadnezzar have to say about it? Nothing. Nothing at all. Found by Sir Harford Jones Bridges in Babylon, an engraved column of black basalt bears Nebuchadnezzar's own description of his building efforts. And while he mentions the walls he rebuilt and fortified, the gates, temples, shrines and palaces he built, there is no mention of any garden. Discovered to the north of the palace was an enormous elevated reservoir. For the garden? Evidently not. After detailing his rebuilding of the palace of My Royalty for the land of Babylon he simply says, and a depth of waters I collected.

Below is a photo of a vaulted water conduit next to the palace taken by Gertrude Bell while she was in Babylon. This conduit likely carried the water from the reservoir into the palace buildings. 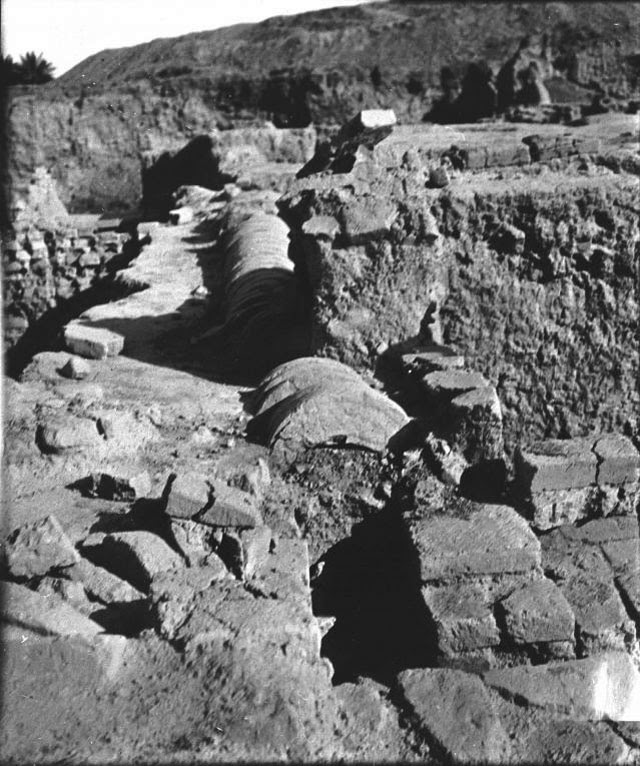 The legend of the Hanging Gardens of Babylon is no doubt untrue, as it is unsupported by archaeology or the kings of Sumer and Akkad. Disappointing but I guess it's better to get your facts straight before attempting to write historical fiction. Fictitious characters are fine, fictitious history not so much.
Posted by Linnea at 5:06 PM