I'd become a pretty good thief. I started slow, testing the waters so to speak. A wallet here, a wallet there. At parties small valuables disappeared but I was never suspected. It wasn't that I needed the money for myself. It was my wife. Now there was a girl who needed money, and lots of it. Magenta. Who names their kid Magenta?

Don't get me wrong. She was a beautiful woman and beautiful women are high maintenance. I just hadn't realized how high. I made a fairly decent living but she was draining me pretty good. Once the bloom was off the rose I realized I'd made a huge mistake.

But to satisfy Magenta's demands and keep us out of the poorhouse, my life of crime began. And I would have gladly continued if she'd spent the money on something normal - clothes, jewellery, even cosmetic surgery. But no. She had this ridiculous obsession with unicorns. A unicorn picture hung over our bed. I had to sleep under that thing. 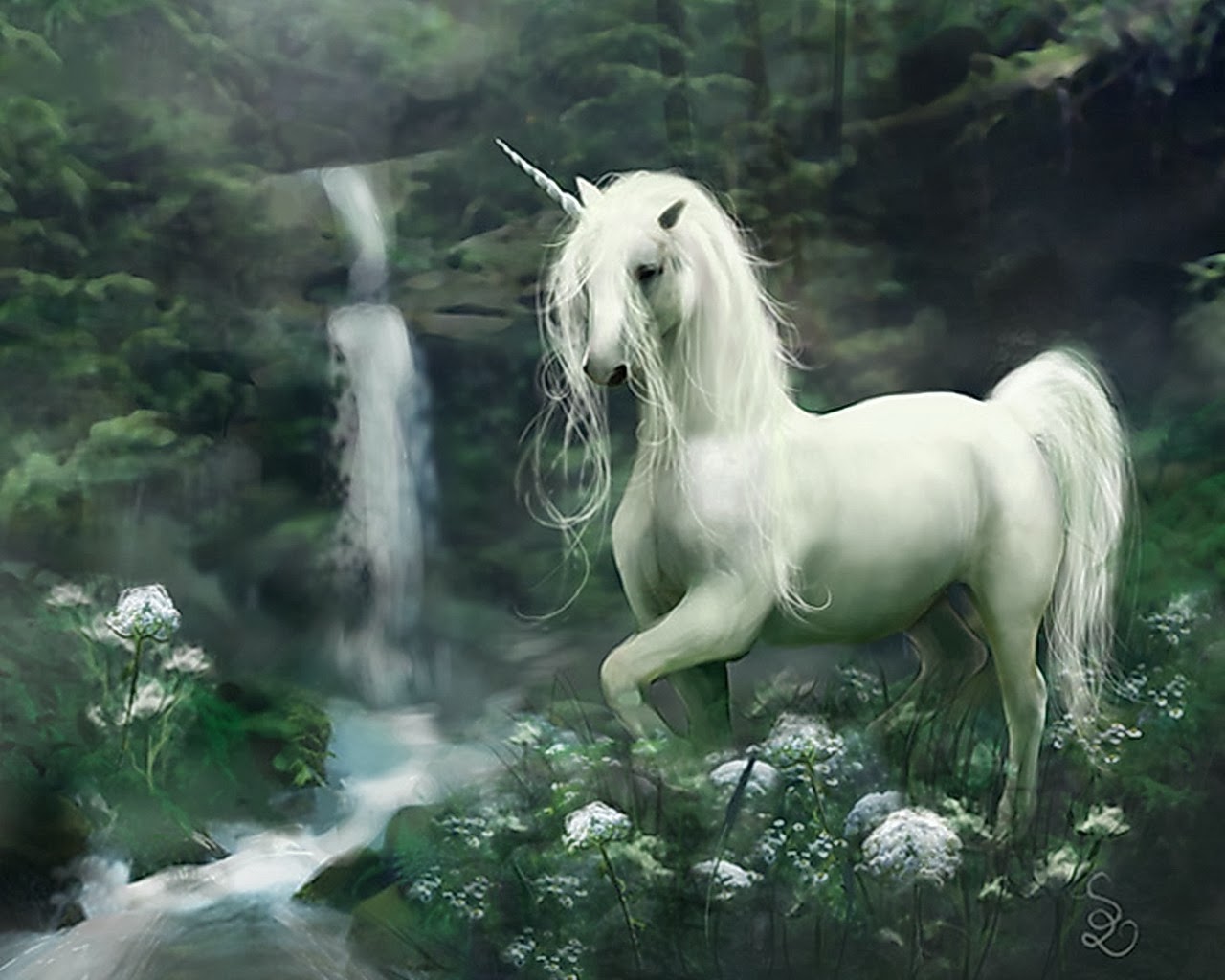 image from www.bingebehavior.com
﻿
She painted her nails with something called 'unicorn droppings'. 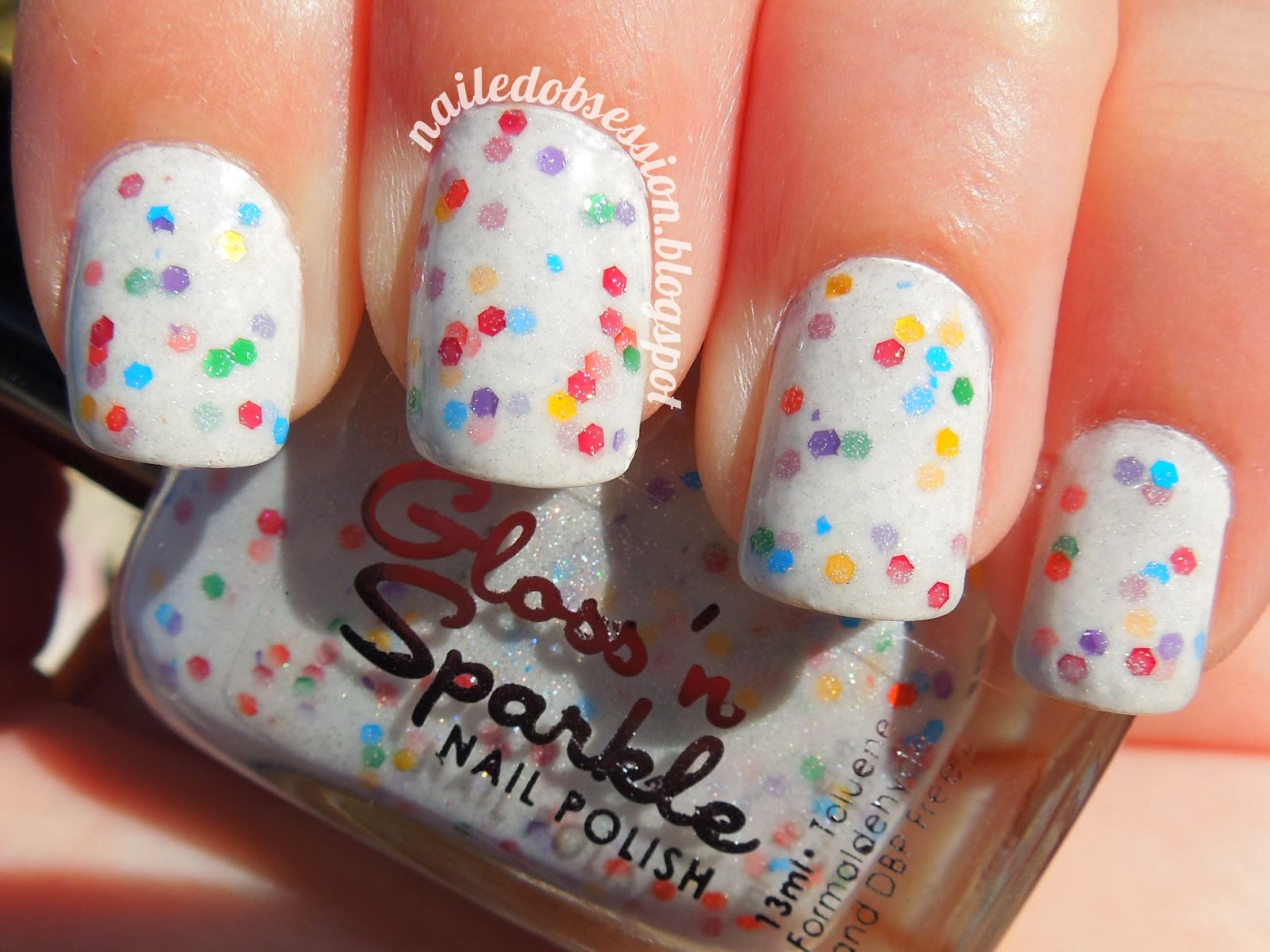 She chewed 'unicorn poop' bubblegum. She doesn't even like gum. 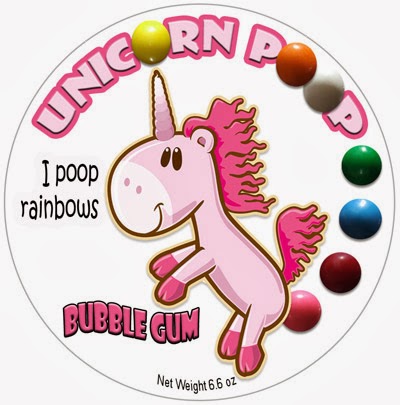 When she started on the statuary though, I knew I was in trouble. 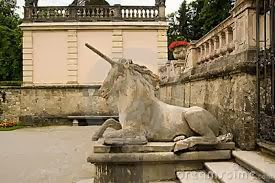 image from www.dreamstime.com
"Dahling", she said. She never pronounced the 'r'. I don't know why.
"Dahling", she said, "I simply must have this. The garden absolutely cries out for such a magnificent beast. Don't you think?"
I didn't think but I plastered a brave smile on my face and vowed that this was going to be over - and soon. I just couldn't take it any longer. So I upped my game, began hitting jewellery stores. Magenta had no idea that while I dutifully doled out money so she could buy her crazy unicorn stuff, I was also accumulating a small fortune for myself. I fantasized about leaving her high and dry with her bizarre unicorn collection.
And my plan was going great. I had a pile of cash and unset gems crammed into my office wall safe. I could taste freedom. I was daydreaming in front of the open safe when the unthinkable happened. Magenta walked into my office. She never came into my office. She said watching me work made her head hurt.
"What do you have there, dahling?" Magenta's voice was smooth and honeyed.
I was speechless. Horrified.
She reached out a spotty-nailed hand to the gemstones spilling from the safe's top shelf. "Wasn't Braemar's Jewellers robbed last night?" she asked, idly sifting through the colorful, glittering pile.
I'd forgotten how to put words together and I gibbered unintelligibly.
She looked at me. "What did you say? What are these?"
At last I found my voice and blurted out."They're unicorn droppings."
I grinned foolishly. Who would ever buy that? What an idiot.
Dumbly I watched as Magenta scooped up a handful of gems. I followed her out the door and into our bedroom where she crossed to the bedside table sitting under that stupid unicorn picture. She opened her purse, exposing a short stack of twenty dollar bills, then sprinkled the stones over the cash.
I was confused and I guess it showed on my face for Magenta gave me a slow, long-lashed wink and said, "Fertilizer, dahling. Fertilizer."
This short story is in response to the Absolute Write November blog chain prompt 'unicorn droppings'.
My fellow participants are:
orion_mk3 -    http://nonexistentbooks.wordpress.com
sweetwheat -   http://gomezkarla.blogspot.com
skunkmelons - http://www.jenniferponce.com/skunkblog
﻿
BB Burke -      http://www.awritersprogression.com
julzperri -         http://fishandfrivolity.blogspot.com.au
Sudo_One-       http://sudoone.wordpress.com