It has been suggested that I continue Miranda's misadventure with the bathing machine's 'spatial dilation portal' so here it is. You'll want to read the first part, well, first, because it won't make much sense otherwise.

Although her bedroom was comfortably situated on the first floor, Miranda often avoided Madam by retreating to the privacy of the attic. And she needed time alone, time to consider the difficult position in which she found herself.

Think Miranda, think. If Madam Hamilton questioned her, what should she say? What could she say? It took her well nigh half the night to settle on a course of  action but when summoned by the bell the following morning she'd settled on an excellent response. 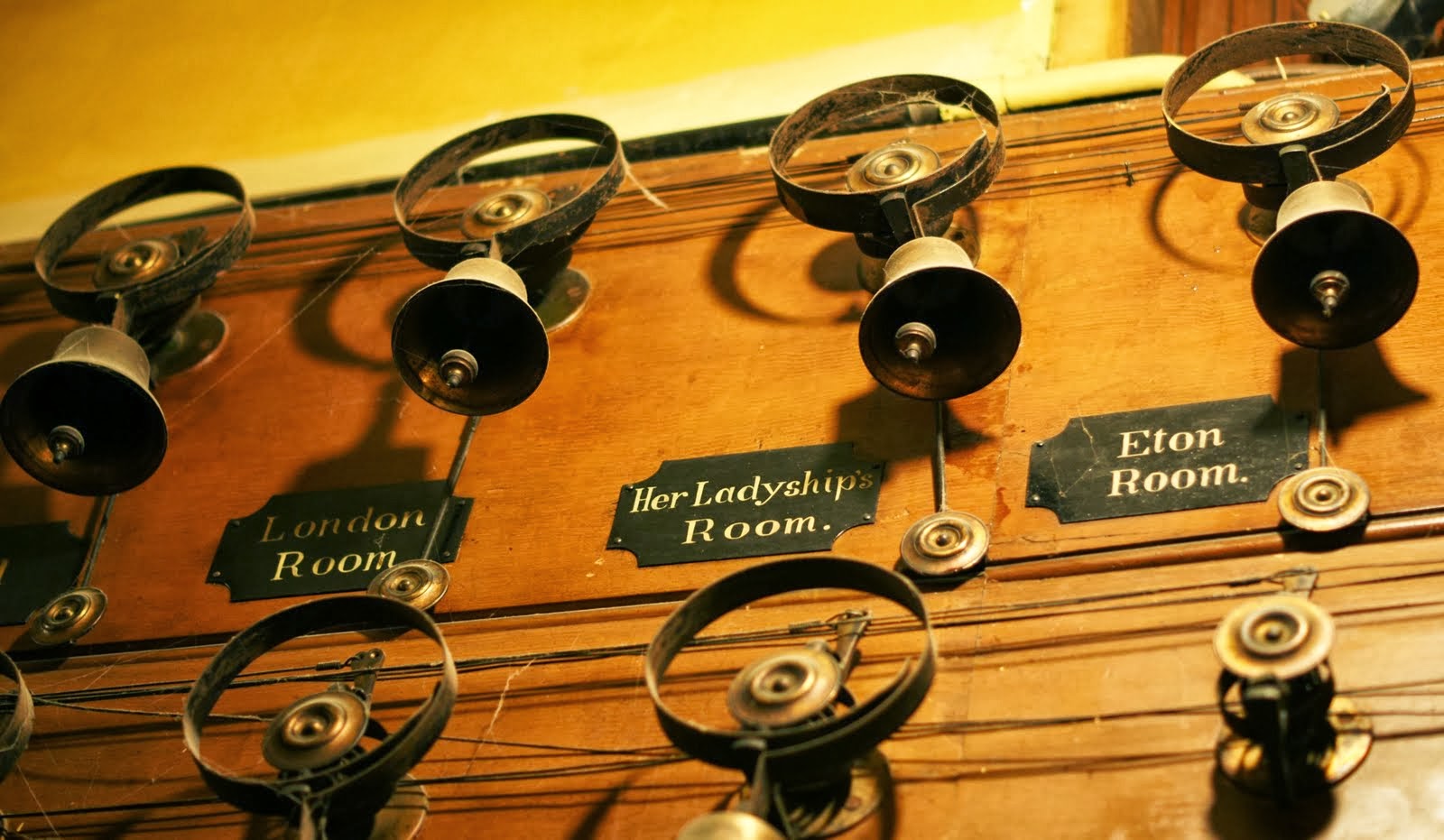 
Miranda carried the hot tea into Madam's bedroom carefully. She used the gilt tray specially set aside for the purpose and was ruefully reminded that she was as skinny as a barber's cat with her small bosom. After all, didn't Mrs. Chatterton, unknowingly implicated in Miranda's scheme, boast such an enormous bosom that she could carry two cups of tea upon them without spilling a drop? 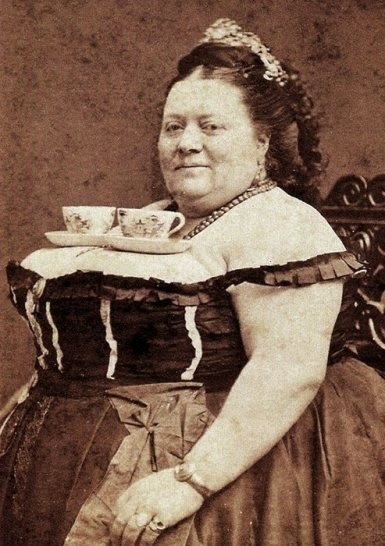 Mrs. Mary Chatterton from http://connect.everthingzoomer.com/profiles/blog/show?
Miranda opened the heavy drapes to let in a little sunshine then jostled Madam to awaken her. Her mistress stirred, yawned and sat up, accepting the tea without a word. While Madam sipped the hot brew, Miranda laid out her morning clothes and waited to see if anything would be said about yesterday's bathing incident. She didn't have long to wait.
"Miranda, I have a somewhat indelicate question for you." Madam Hamilton began. "It seems that a woman wearing a bathing dress identical to my own - which is impossible as you well know - appeared suddenly near the gentlemen's swimming area. Miranda, I am forced to ask.  Did you use Mr. Pastorini's portal?"
Miranda was ready and quickly whipped up a few tears as she dropped her head and nodded in as miserable a fashion as she could manage.
"Oh, Madam," she wailed, quite impressed with the pitiful sound of her own voice. "Oh, I did. I did. I am horribly sorry for my brazen act but oh, Madam, I was in such a state I hardly knew what I was doing."
She peeked up through her lashes to gauge Madam Hamilton's reaction. Satisfied, she went on, keeping her tone bleak.
"It's my Wendell, madam. We are engaged and well, I am afraid he may be playing me for a fool with a ladies' maid in service at Chatterton House."
Madam gasped. "Mary Chatterton's, in the Queen's Hotel alleyway?"
"Yes, Madam, the very one."
Madam Hamilton frowned. "But what has that to do with ...?"
"Well, Madam." Miranda plunged on, warming to her subject. "I recognized Wendell farther along the beach drawing up horses behind Mrs. Chatterton's bathing machine - you know, the one with the pink door? I wanted to see if he was there with her and thought I might catch them out while Mrs. Chatterton was swimming. But I couldn't think how I could do that and yet remain unseen. Then it came to me. If I used the portal - I know it was wrong of me but I was desperate - I could turn the dial a bit more and be instantly farther along the beach out in the sea, close enough to get a proper view and judge for myself if he was being true to me or not."
Madam raised her eyebrows in understanding and motioned for Miranda to continue, thankfully asking nothing further about the nonexistent Wendell.
"But it all went wrong. I turned the dial too far and the portal shot me out as far along as the gentlemen's beach. Once I realized my appalling mistake I instantly pressed the dial to return through the portal into the bathing house."
"And it worked? You came back unhurt?"
"Yes, Madam. Well, not quite, Madam. I had gone out so far that my return was quite brutal and the portal  threw me against the back wall with terrific force. I was severely bruised."
"I see," Madam said slowly, and then, "You could show me how you turned the dial? So that I don't repeat your error." she added quickly.
Miranda brightened. "Oh yes, Madam. To be sure, Madam."
The next time Miranda accompanied Madam Hamilton to the beach, wisps of steam drifted gently from the brass tubes of the portal's vent holes and she was surprised to see the back wall of the bathing machine heavily reinforced with layers of padding.
"Madam?"
Her mistress had the good grace to redden slightly, then recovered and said in as severe a tone as any good teacher instructing a dull pupil. "Spatial dilation is an imprecise science, Miranda, and mistakes must be anticipated. Now, show me the dial position on the circlet."
Posted by Linnea at 5:47 PM