The idea of ancient Babylonians being a society of pleasure seekers, devoted primarily to sensual self-indulgence, appears well supported.

One of the principal deities of ancient Babylon was the goddess Ishtar who presided over all aspects of sexuality. According to a line in an ancient Mesopotamian poem, the Erra Epic, Ishtar's sacred prostitutes 'frequently do abominable acts to please the heart of Ishtar'. A hymn dedicated to Ishtar declares her to be the supreme Woman, beautiful, desirable, 'with a fondness for sensual pleasures and delights, full of seduction, charm and voluptuousness'. Licentious activities were common in and around her temple precincts and such 'worship' of Ishtar was encouraged. The goddess is usually pictured naked, supporting her breasts with her hands. 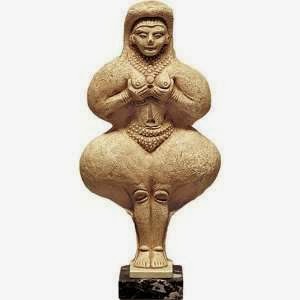 Goddess Ishtar
﻿
That the ancient Babylonians saw nothing unusual about the shocking activity of Ishtar's prostitutes, transsexual performers and acts of more or less public copulation, puzzled me a fair bit. It seemed like an almost frenzied attempt to wring as much physical pleasure from life as they could. But why? A bit of research into the society provided possibilities.
First of all, they worshipped a vast number of gods who created man to take over their work so the gods could rest. The gods are almost morbidly ill-tempered, are incapable of gathering together without drinking ...to excess..are violent, gluttonous, uncontrolled, faithless and vindictive.(1)
A person's well-being was tied to the correct worship of these fickle deities and they were lousy role models. 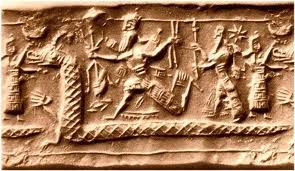 Tiamet, dragon goddess
Secondly, the Babylonians believed their world to be populated by vast numbers of ghosts and demons. Demons were invisible enemies, deformed monsters that compassed them on every side, lying wait for them by day and night, for if a person angered his god through disobedience he would be without any protection from them. There were incubi and succubi whose embraces no man could escape, she-demons who prevented children from being born or killed new-borns, or the 'evil eye' under the influence of which nothing could prosper. There were also spirits of those whose lives had been unhappy, who had been cheated of an expectation, died a violent death or had not enjoyed the happiness they craved. They were much feared as dangerous, vengeful ghosts who haunted the living. 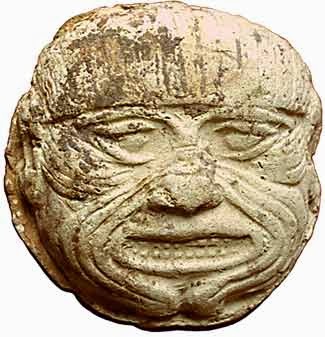 
Thirdly, the gods reserved eternal life for themselves and decreed death to be man's fate. The Babylonians had no hope of anything being better in the afterlife, no matter how well they'd behaved in this life. Man had to enjoy life on earth while it lasted since life in the underworld was, for the most part, miserable for all. The realm of the dead was described as a dreary place:

"To the gloomy house, seat of the netherworld,
To the house which none leaves who enters,
To the road whose journey has no return,
To the house whose entrants are bereft of light,
Where dust is their sustenance and clay their food,
They see no light but dwell in darkness." (2)


Ereshkigal, goddess of underworld and sister of Ishtar
www.newworldencyclopedia.org