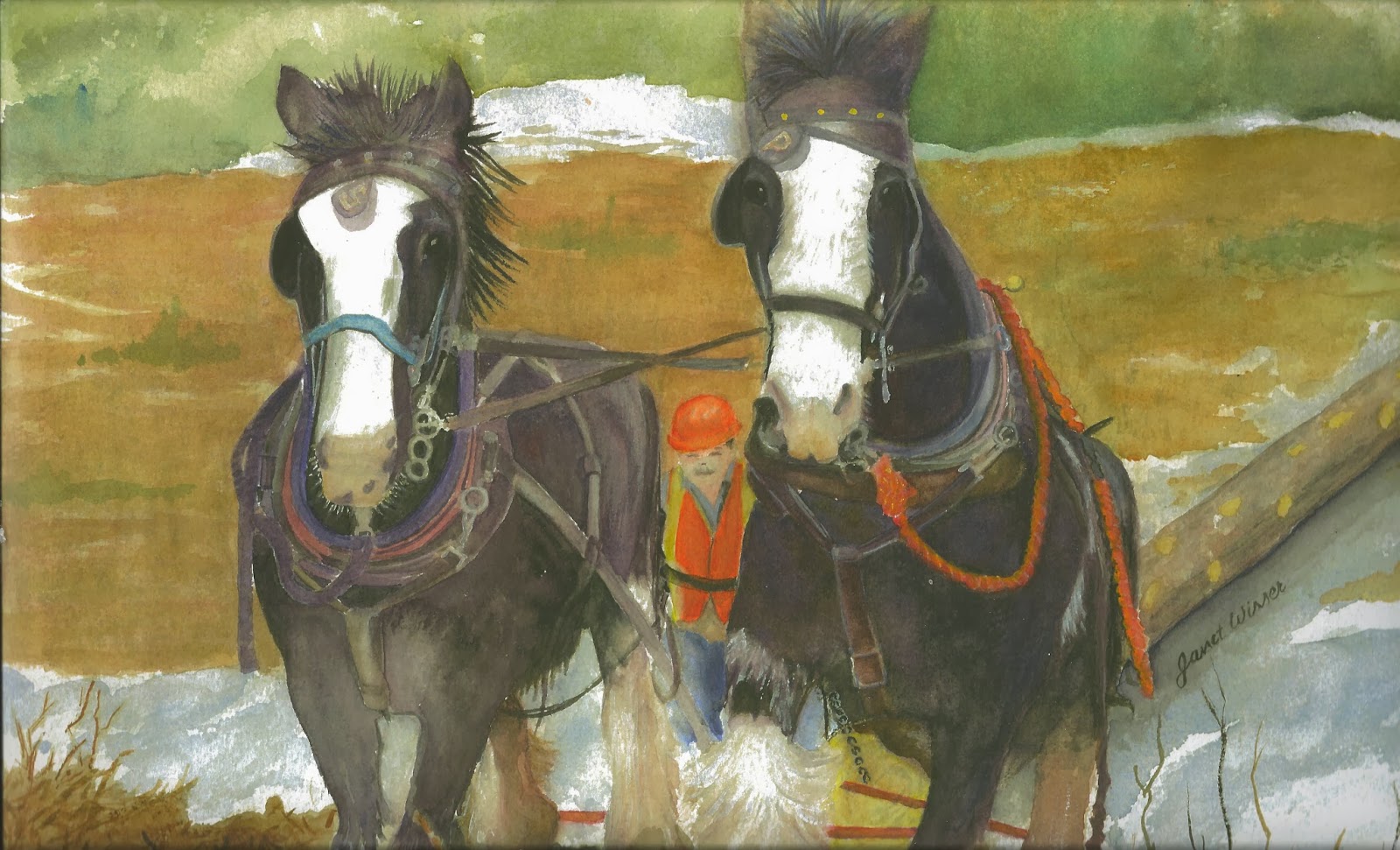 I'd planned to write a rather fun post about dragons and ancient Babylon but my heart just isn't in it. My cousin, who usually paints in oils but did this water color for us last year, is dying of cancer and her days are fast coming to an end. I'm heartbroken. Although other cousins have been in and out of my life over the years, Janet and I have stayed in touch and visits were special times.

She had a big, big heart. When her own mother passed away and she inherited the family home she took in all the strays - people who had nowhere else to go or not enough money to pay rent, had health problems or mental problems. In all the years she housed sometimes dangerous folks, not one of them stole from her or injured her physically, as many of them easily could have done.

Earlier in the year she was diagnosed with liver cancer. After the normal round of chemotherapy she was put on a new treatment option in June. It promised to give her six more good months and it did, practically to the day.
But she won't be with us for much longer and in fact, isn't with us now. Her body is still functioning but her mind is gone. Thankfully she has no pain as they have her constantly on morphine to combat the pain she's unable to articulate.

She will likely be gone before Christmas which is hard to think about. I'm so glad I have this horse painting as well as one she's done of a wolf. She loved animals and was particularly fond of these big guys of ours. It will be a good memory.

I'll post again when I can but right now I need a bit of time to grieve.
Posted by Linnea at 12:05 PM