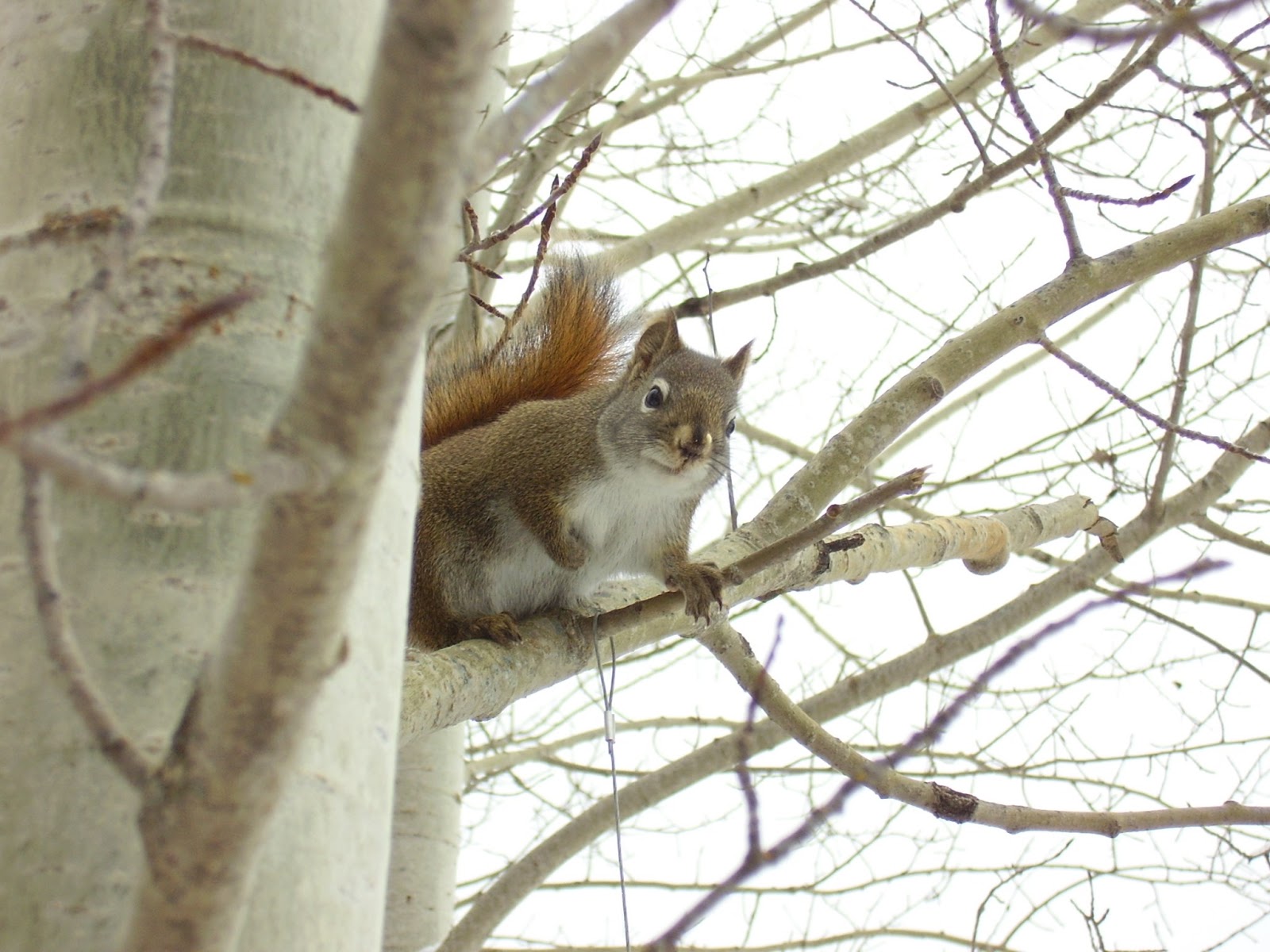 On our free-range farm, protecting the food supply was a challenge. The little guy up top, called 'Chippy' by our kids, pillaged the grain and sunflower seeds that fed our animals. One day I caught him on the porch bracing his back legs against our wood bin and using his front paws to pry open the lid of the plastic garbage can that held the sunflower seeds. He adored those seeds but so did other more productive members of the farm. 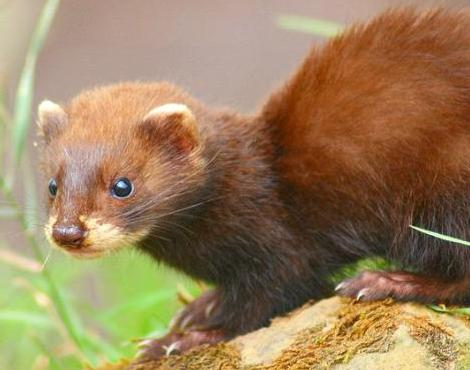 Mice were big grain thieves so we thought keeping them under control might give us some trouble. Little did we know how well our hens would reduce their population and then when we found a family of weasels had taken up residence in the abandoned dog house (for some reason our big dog didn't use it), we knew our worries were for nothing. We'd heard that weasels also killed chickens but they never touched ours. Probably glutted with mice. Cheeky devils too. One day when my husband and I were coming in from the horse field, a weasel ran along beside us with an enormous mouse in his mouth. He stopped, tipped his head to one side and eyed us as if to ask, "What are you two looking at?" 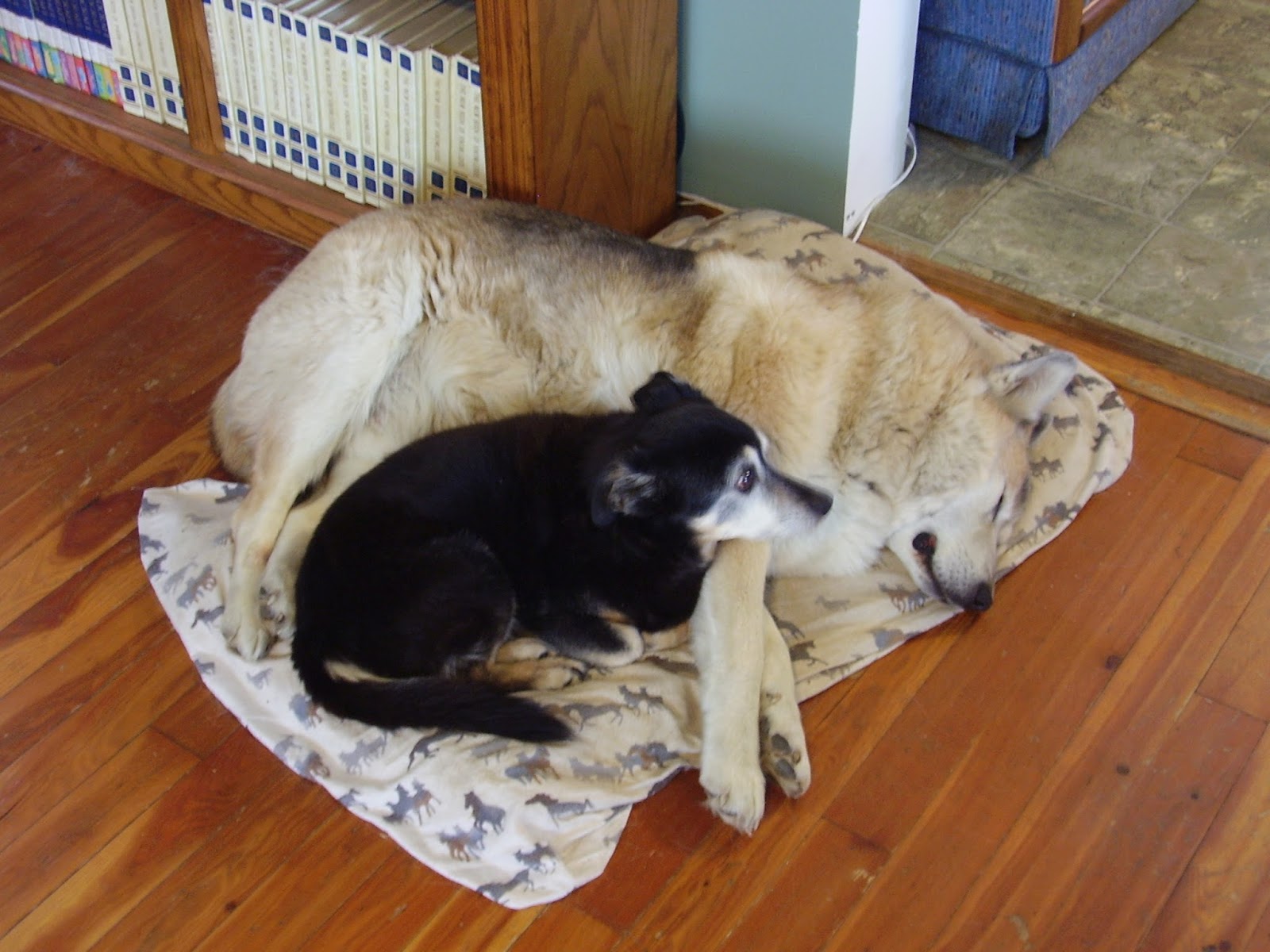 Our small dog, 'Chucky', had a taste for vegies and fruit. Before we fenced off our garden he'd help himself to anything within reach. Peas, beans, strawberries and low-hanging raspberries were his favorites but he was an equal opportunity raider and would also dig up carrots, garlic and onions. After the fence went up he was pretty choked and patrolled the perimeter every morning to nab any peas that grew through the page wire.

Once the hens were released from the coop in the morning they meandered over to the garden area to do a close inspection of every inch of the fence line. They knew that the gate was the way in and would congregate there, waiting for me to open it. I'd have to sidle in and quickly close the gate as they were fast little beggars. I took pity on them at the end of the season though and gave them a good feed on the leftovers. 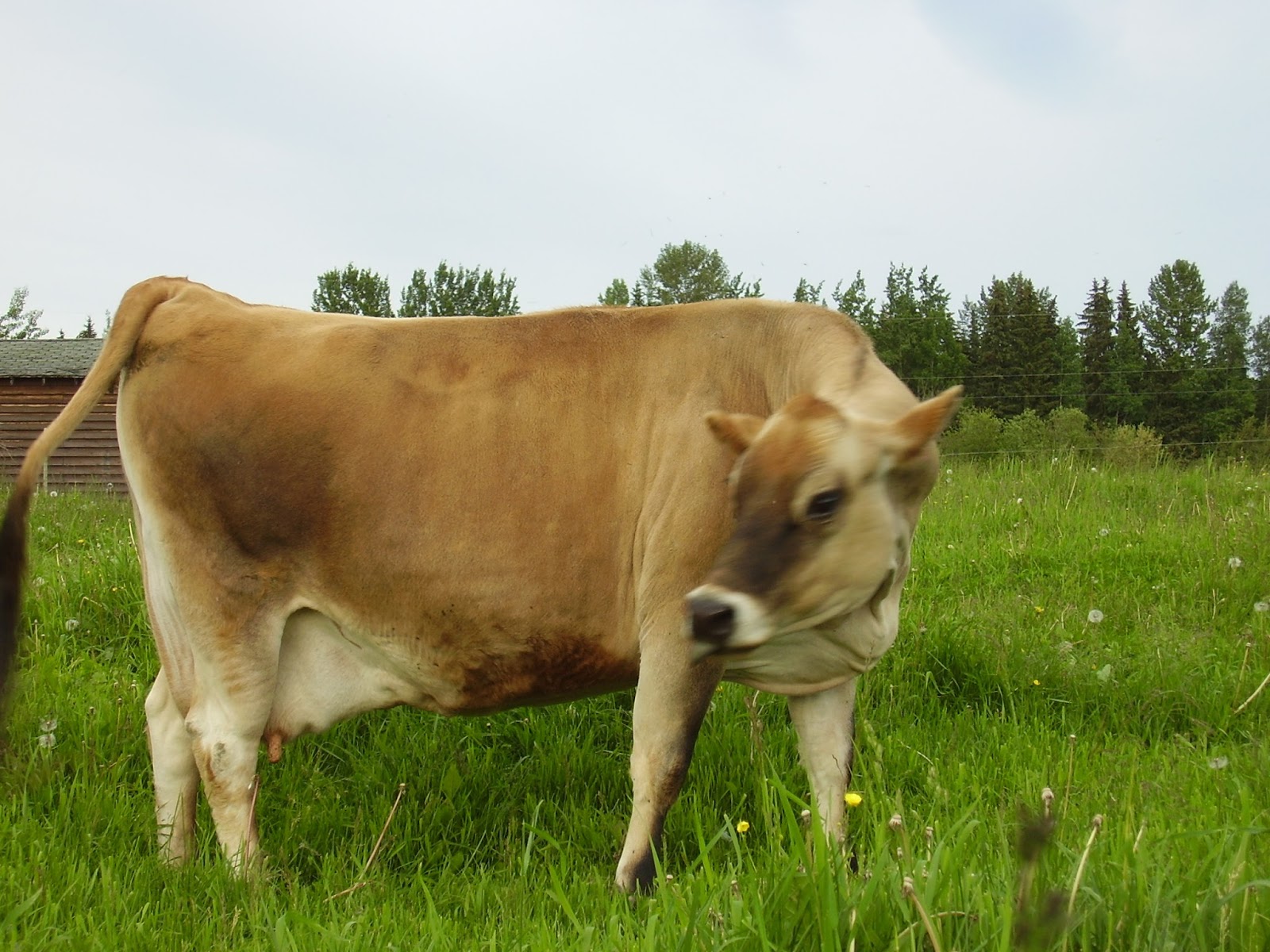 Perhaps the worst offender was our little Jersey cow, Jackie. There she is in the field with plenty to eat, but oh, no, that wasn't enough. Her appetite for all things green and growing was insatiable. When she heard the lawn mower she'd come thundering down from the upper field and stand by the edge of the fence dripping bucket loads of drool.  Once I had a bag full of clippings I'd toss them over the side and she'd munch on them, eyes closed in glorious contentment. Her interest in the garden and greenhouse was about as much as you'd expect. She'd rub against the wall of the greenhouse and snuffle and drool, big eyes wide and watchful. I thought I'd made it completely safe from her but one morning, just before the corn was fully ripened in the greenhouse (we have a short cool season so can only grow corn inside), I went out to find the corn plants eaten down to just tiny nubs poking out of the ground. She'd finally figured out a way to get inside and had devoured all of them! The only positive thing to come out of it was that she gave us a couple of gallons of cream the next day. Literally.
Posted by Linnea at 3:09 PM