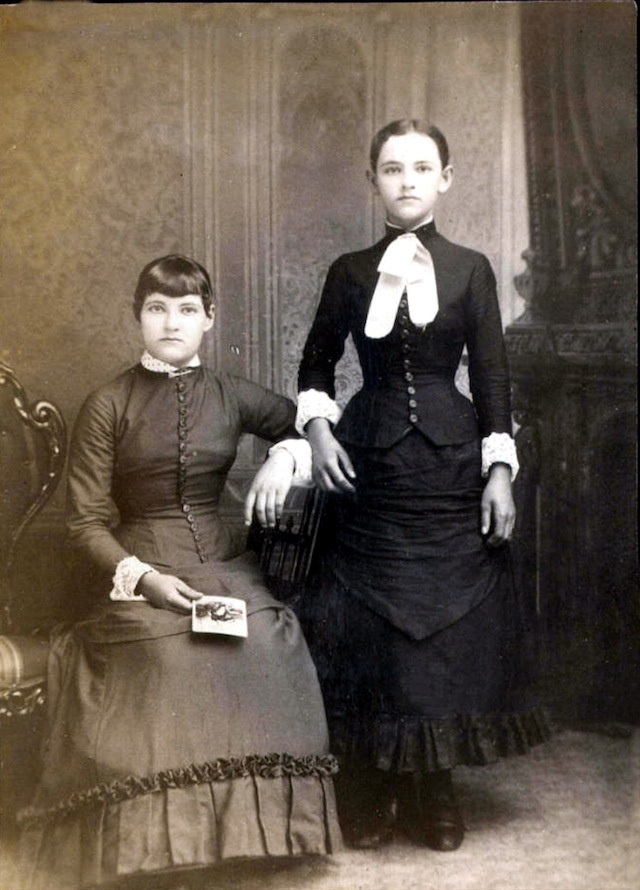 The September Absolute Write blog chain post prompt is 'steampunk/retro future'. I knew nothing about this generally Victorian futuristic blend so did a little research into the Victorian era, also something I've never looked at too closely.

While reading up on the idiosyncrasies of the age I came across something decidedly morbid - the  'memento mori'. When a loved one died you could have your picture taken with the deceased prior to their internment. The photo above is one such picture. Can you tell which sister is living and which is recently deceased? Here's a hint. Photography was in its infancy and exposure time fairly lengthy. Still not sure? Because of the prolonged sitting time required, a living person moves slightly, causing their image to be a bit blurred while the dead person is understandably perfectly still the whole time so their image is in sharp focus. Got it now? Even though she's standing, a seeming impossibility, the recently deceased sister is on the right. Photographers had a specially designed frame that would be attached to the back of the dead allowing the head and body to be held erect for as long as needed. All that was left was to pose the living person alongside the deceased to give it a more natural look. Creepy eh? 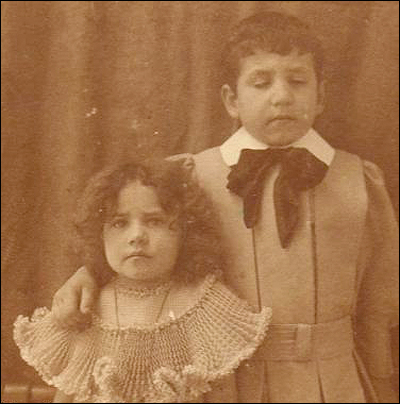 When I came across this photo I found it pretty disturbing. Imagine a little girl being forced to have the arm of her dead brother draped across her shoulder. I can see the fear in her eyes. She hates having to do this, poor thing. Makes you wonder what kind of psychological damage followed her the rest of her life. One also wonders how parents could subject their children to something so obviously terrifying.
Anyway, enough of that. I continued looking at Victorian oddities and came across one I think I'll use in a short story for my blog chain post. Trust me, it will be lighter by a long shot!
Not sure when my next post will be but likely not next Monday. I apologize in advance! My son has a bit of a break from his anesthesia residency in Manitoba and will be spending part of his time with us. This post is a bit early as my office/writing space will be turned into a bedroom for the duration of his stay and I won't be posting while he's here. ﻿
Posted by Linnea at 8:22 PM