The Cat and the Pipe 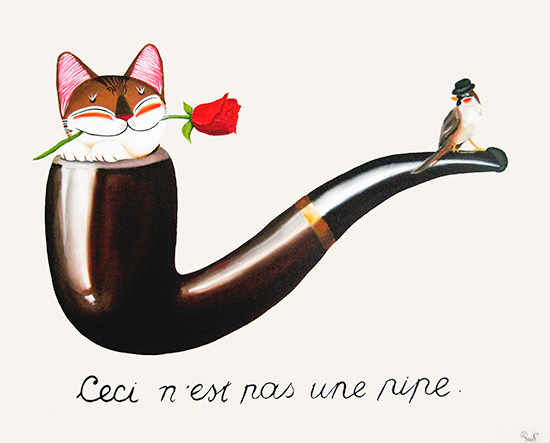 First off, sorry I'm late posting. I have an excuse. Friday my computer went on the fritz. Panic being the first order of business, the wires and cables were disconnected from the computer tower, I grabbed it up, it slipped out of my hands - onto my foot. Man are those things heavy. After hopping around for a while the tower made it to the techies and it came back yesterday. Not. Fixed. Long story short, we called our son last night and he had the answer within minutes. So here we are. Back to the cat. No, this isn't the pipe but it's such a cute piece of art I couldn't resist.
A rancher friend of ours had a large number of big gorgeous Belgian horses - around 30 or so. He used the horses to log his property and give sleigh rides in the winter. 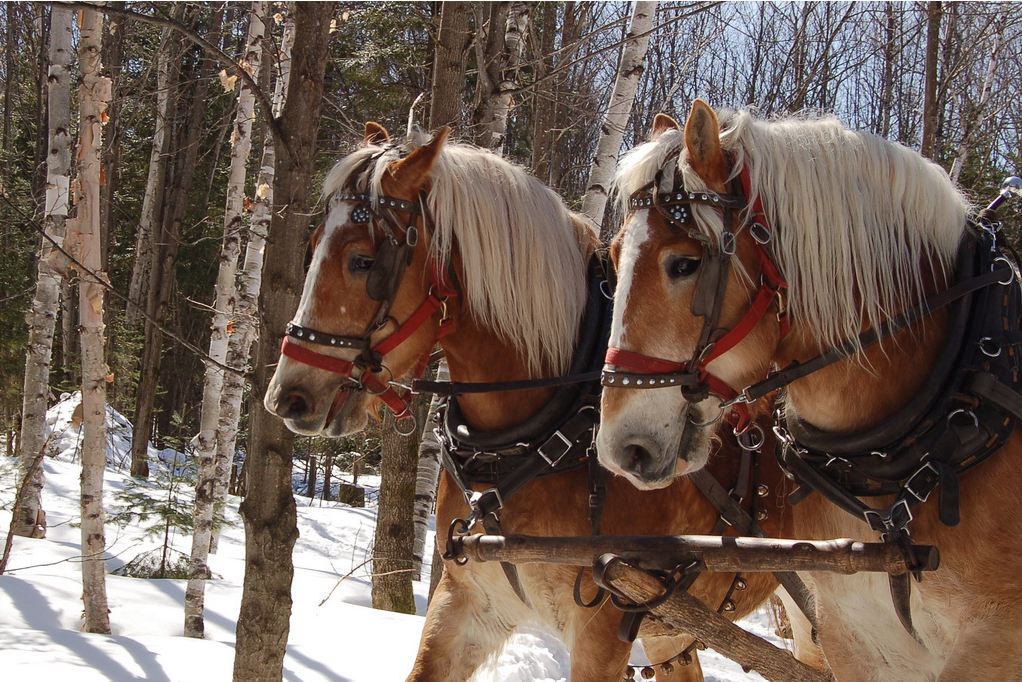 Needless to say he had a lot of barn space which meant a lot of mice helping themselves to grain. Barn cats kept the mice under control but as the cat population grew and the mouse population dwindled, fewer cats were needed and one male cat was a mite too friendly with the ladies. The decision was made to handle it, rancher style.
Farmers and ranchers do much of their own neutering. There are simply too many animals to deal with on an ongoing basis to employ a veterinarian for all of them. One tool used for bull calves and goats was an elasticator. It uses a virtually painless method of banding the family jewels with an elastic ring, cutting off the blood supply. They grow numb and eventually shrivel up and disappear.
Our friend decided it was a three-man job; two men to control the cat and a third, himself, to slip on the band in the appropriate place. He couldn't use the elasticator because it was meant for livestock and too big, so it was a hands-only operation. Two men wrestled the cat into position but, with his manhood in jeopardy, the tom fought with ferocity. Cats can make themselves almost fluid and when he started writhing around with all four sets of claws unsheathed for war, it was a hopeless task. They let the cat go to consider an alternate method.
I can't remember who thought of it but they eventually came up with the idea that if they could stuff the front end of the cat into a plastic pipe with only the hind end protruding, there'd only be two legs to manage while the deed was being done. 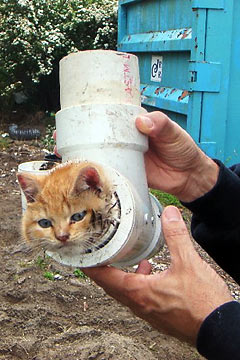 Not sure how the cat in this picture came to be in a plastic pipe but you can see for yourself how well it restricts movement. The tom was recaught and they managed to shove him face first into the straight pipe ( not the elbow that this poor cat got stuck in) folding back his front legs much as an alligator folds its front legs beside its body to swim. All that stuck out was the cat's hind legs, his tail and the fluffy little dingle balls. Perfect, right?

Not so much. Gallons of blood were spilled in what should have been a simple operation. Even with only two legs and two sets of claws the tom shredded the men's arms into ribbons and they finally had to give the whole thing up because of the pain. The tom cat was released, gave them a single glowering look and stalked off, probably in pursuit of a young maiden to calm his frazzled nerves. Cat - one, three strong ranchers - nil.

(Oh, and to ease anyone who might be worried, the cat in this pipe was rescued just fine)
Posted by Linnea at 4:12 PM