The House - a Short Story 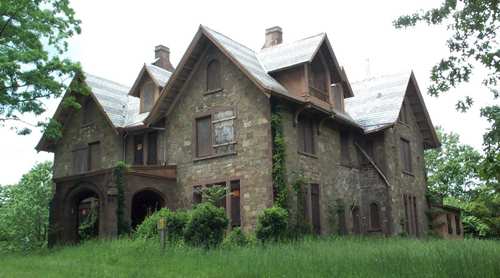 Come on now. Get back here.

Okay so while you were digging out my foundations hornets flew out of the mud and stung you. Not my fault. And the windows that came weren't the right size. Well, you ordered them. I sure wasn't to blame for the drywallers covering over the electrical pots in the ceiling and then claiming they were never there so you had to cut open the ceiling to find them. And was it my fault the slope on the deck ran toward the house and not away from it so water backed up into the house and soaked the new hardwood floors?

That you decided to  live in a motor home on the property while you were building me and that I wasn't finished until Christmas wasn't my fault. And it wasn't my fault either that the motor home's roof leaked so you had to throw a tarp over the whole doggoned thing in the middle of a rainstorm. It also wasn't my fault that the motor home iced up on the inside and the toilet froze so you had to sprint to the metal porta potty at -30C or that the propane ran out and you had to go outside in the cold to change over the tanks at two o'clock in the morning. And can I help it that the shelter you put up to cover your deep freeze caved in under the snow load and you couldn't get at the turkey you'd saved for Christmas?

I really don't see how you can blame me for all this. I'm as much a victim as you are. Isn't it me that didn't have the proper cover put on my chimney so that bats flew into the furnace and out into the house and then some wise guy decided to use a smoke bomb to drive them from the furnace and blew soot into the whole basement?

We've been through so much together. Come on now. Get back here. I promise nothing else bad will happen. Trust me.


A lot of this stuff really happened to us while we were building our house. Not the one in the picture - our house wants to remain anonymous.
Posted by Linnea at 3:30 PM